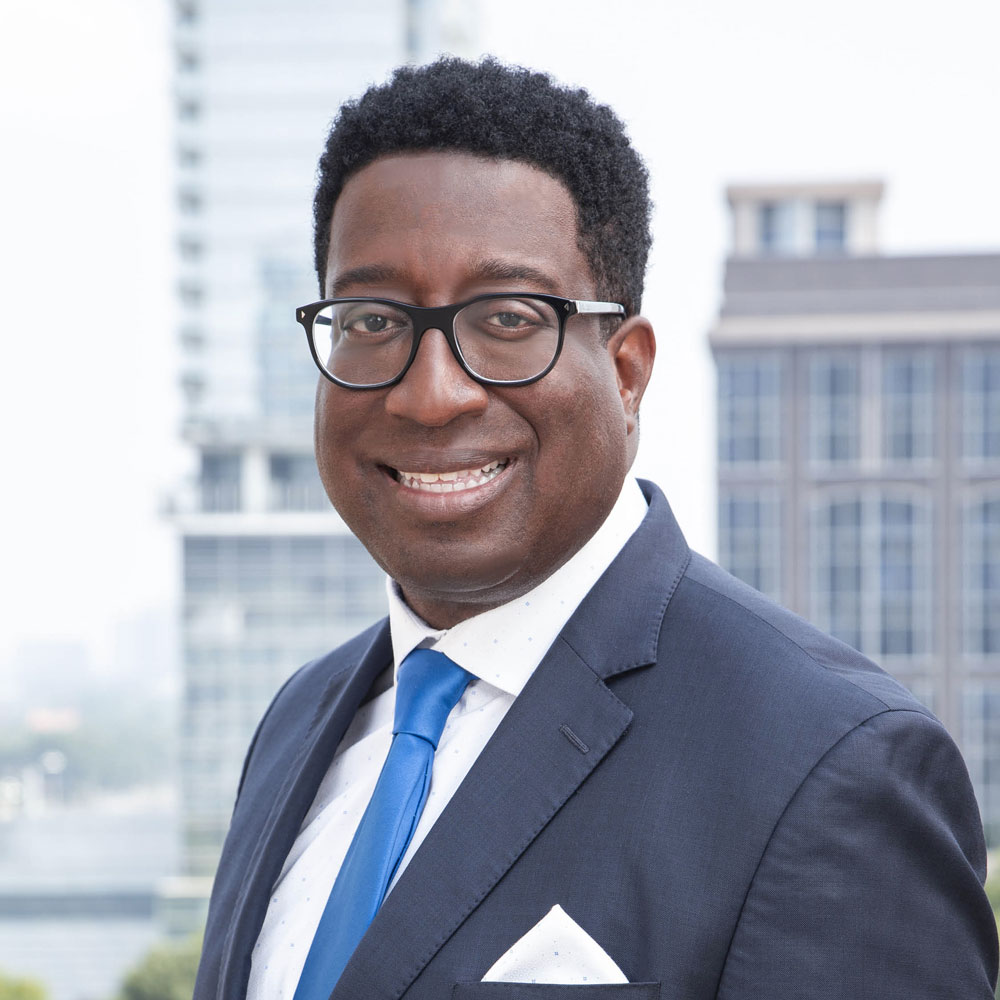 Quinton G. Washington is one of the founding partners of Bell & Washington, LLP. This full-service law firm has three offices in Georgia, located in Atlanta, Jonesboro, and Gainesville. Quinton has represented clients in more than 30 counties throughout Georgia, and he’s proud to continue helping people throughout the Peach State. Additionally, he’s been awarded professional achievement and peer recognition as a 2018-2022 Atlanta Super Lawyer.

Quinton is a native of Warner Robins, Georgia. He went to Florida A&M University in Tallahassee, Florida, on a full scholarship, where he graduated with honors in Public Management. After which, he won the Woodrow Wilson Public Policy and International Affairs Fellowship, along with the prestigious Harry S. Truman Fellowship.

His next step was to attend Harvard University’s John F. Kennedy School of Government in Cambridge, Massachusetts, where he earned his master’s degree in public policy. He also worked with the late Judge A. Leon Higginbotham, who was a pioneer in the progressive interpretation of constitutional law.

Quinton went to law school at Emory University School of Law in Atlanta, Georgia, where he became a member of the Black Law Student Association, the Lamar Inn of Court, and the Moot Court Society. He worked with some of the country’s top corporations and law firms, further honing his skills by working with the top legal minds in the country. Quinton was also fortunate enough to have an externship with Justice Robert Benham, former Chief Justice of the Georgia Supreme Court.
In 2016, he was appointed to the Magistrate Court of Fulton County as a judge. Three years later, he stepped down to join Bell & Washington as a full-time attorney.

He works in a wide variety of legal fields, including DUI representation, uncontested divorces, child support matters, and multi-state family law litigation. When it comes to criminal defense matters, Quinton was one of 50 attorneys chosen to participate in the Bill Daniels Criminal Defense Institute. He has also been quoted by the Atlanta Journal and Constitution and has earned an “excellent” rating by the Attorney Search Network.

Quinton is certified to administer the NHTSA field sobriety test. With his specialized knowledge, he has successfully argued for “not guilty” verdicts across Georgia. He also represents families in matters such as probate issues, estates, trusts, and wills. He has represented clients appearing anywhere from local municipal courts all the way to the Georgia Supreme Court.

If you or a loved one has been blindsided by the unexpected at work or at home, we can help. Contact our attorneys today for a consultation.
Contact Us
Back To Top